Dancing, Vocabulary, helping, being a Little Einstein, being with Leo

June is the dancer of the team, and she is the daintiest and the second oldest of the group. June uses her dancing and ballet skills to help the team solve a problem. She has very high vocabulary skills. She is the only Asian character in the series, she might be from East Asia (China, Japan or Korea).

June wears a purple sleeveless shirt with a pink belt, A purple tutu (ballet dress), crimson dancing shoes with no socks (Sometimes her white socks only appeared in Show and Tell), a pink headband, and has a dark brown to black frizzy-like hairdo. She has short hair,big and oval-shaped slanted dark brown eyes and milky white pale skin. Her earrings change colors often, from baby blue to pink in promotional content. It is also stated that she is a tomboy due to her boyish attitude and hairstyle.

June is the daring, smart, and athletic member of the team. She can dance in hot or cold, as seen in "The Christmas Wish". She takes any chance to help her friends and teach them new dance moves. She knows about every national dance around the world. Like the other members of the gang, June is scared of spiders and bats (as seen in "Our Huge Adventure".)

Her friends are Leo, Annie, Quincy, and Rocket.

June also has her friends that are not human named Little Ducky, the Little Red Dragon Kite, the Color Shapes, Saturn's Ring and Music Robot.

Relationships with other Characters

June is a best friend of Leo. In "Ring Around the Planet," she hugs Leo. She likes to be around him when she is worried or mad. In turn, she comforts him whenever he feels sad or scared, being the good friend she is to him.

June loves to hang out and chat with Annie. June can make up any dance to go along with Annie's songs.

Quincy is a friend of June's. June thinks of Quincy as a brother. He can play a song for June to dance to. 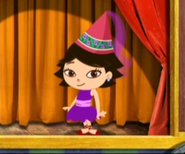 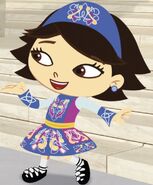 Irish Outfit with a ring 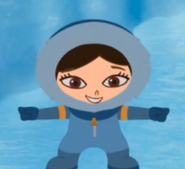 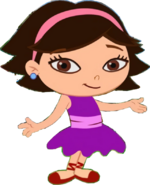 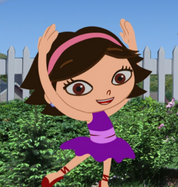 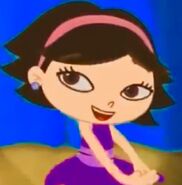 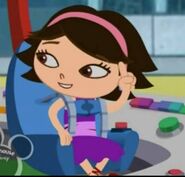 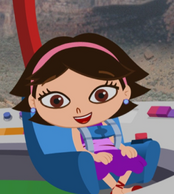 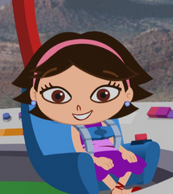 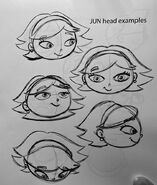