Singing, helping, being a Little Einstein, Animals, Horses, her microphone

Bats, Spiders, Snakes, Bullies, Being in the ocean, Being tiny

Little Elephant's Big Parade (series)
Rocket Firebird Rescue
Annie is a major protagonist of Little Einsteins. She is Leo's four-year-old younger sister. She loves singing, playing with animals and hugs from her big brother Leo. She is voiced by Natalia Wojcik.

Annie is a small girl, the smallest of the group. She has blonde hair put into pigtails with pink butterfly bows, big open blue round eyes and peach (tanned fair) skin. She wears a sleeveless blue jean dress (pink in Season 2) and a green short-sleeved undershirt (light blue in Season 2). She wears pinkish-red Converse-like shoes (blue shoes and white socks in Season 2). Her dress is usually accompanied by a front solo pocket and stitches down the side.

This cheerful little girl is a wonderful singer, even coming up with song lyrics off the top of her head. Annie's pride and joy is a portable microphone, which she always carries with her. She's also the only person, besides Leo, to have ever piloted Rocket.

Her friends are Leo (her big brother), Quincy, June, and Rocket.

She also has other friends, but they aren't human: a few of her friends are Little Caterpillar, Little Red Train, Little Nerpa and Purple Plane.

Relationship with Other Characters

At the youngest of the quadrant, Annie is the singer behind the group. Annie is defined as always adventurous. She is also described as being the bravest, despite being the youngest. Annie resides with her brother Leonardo, a redheaded child who is the leader of the team. Both Annie and Leo do everything beside each other. Annie has an affection for balloons, singing, and horses. She (like the rest of the team) seems to have arachnophobia. During “Our Huge Adventure”, Annie and the team faced their arachnophobia to save a bundle of butterflies and then easily fled the scene.

Annie loves her friends and will do anything for them. During the events of "Annie's Solo Mission", Leo, Quincy, and June were blowing large bubbles and got caught inside one. Using Leo's flying lessons, Annie flew Rocket around the world by herself to get them.

Annie also seems to be small-minded at points, pointing out the obvious in situations. She also dislikes being smaller than normal as seen in "The Incredible Shrinking Adventure". She formerly did not know the definition of "mission" (as seen in "How We Became the Little Einsteins: The True Story"), but learned it thanks to her friend June.

In season 1 at some points, Annie's singing was not the best (even though she is the singer of the group) but it matured through the progress of season 2. Annie was originally aimed to be country-like during the early stages of the series wearing cowboy boots,lighter complexion(still having fair skin with her brother Leo having much darker skin) and having freckles. Her looks differed from her sibling Leo, who has a little bit darker skin and green eyes, she gets tanner due to many outdoor activities during adventures with the Little Einsteins. Sometime during production, Leo and Annie both had major redesigns, making them closer to having a family relationship.

Annie seems fond of her friends and appreciates their company. Annie also may have thalassophobia, which is the fear of being in the ocean (as seen in "Quincy and the Magic Instruments"), as she constantly shouts when talking to Quincy waving her hands at the same time. Annie also is a very bubbly-like girl, constantly giggling at points. Leo, Quincy, June, and Rocket congratulate and cheer for Annie when she sings. Annie is good at improvising, and she can make and sing songs right off the spot. This is commonly used when the team is off to save or help a creature or even when the team is feeling down.

During season 1, Annie sang with the singing posture of placing her hand on her chest and with one hand in the air. In season 2, she gained access to a microphone which allowed her to sing louder. Although she didn't get a microphone until season 2, Annie gets down when her microphone is missing and loses hope when doing so.

Throughout the series, Annie overtook new hobbies and interests such as her obsession with horses. She has befriended multiple singing animals, normally animals or creatures that are down. Annie uses her voice to cheer up the creature and get them in a go-get-em mood. 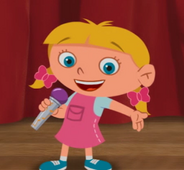 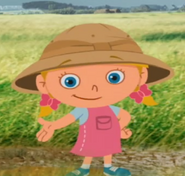 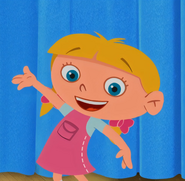 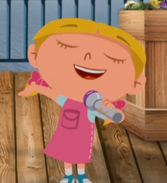 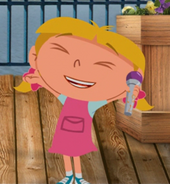 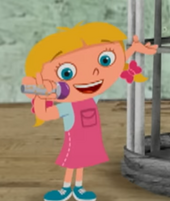 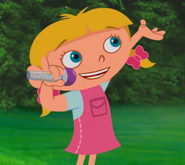 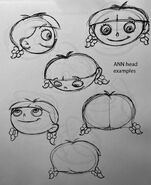